Trees have always been integral to the life of Cypress Lawn’s new Arboretum Director, Josh Gevertz. 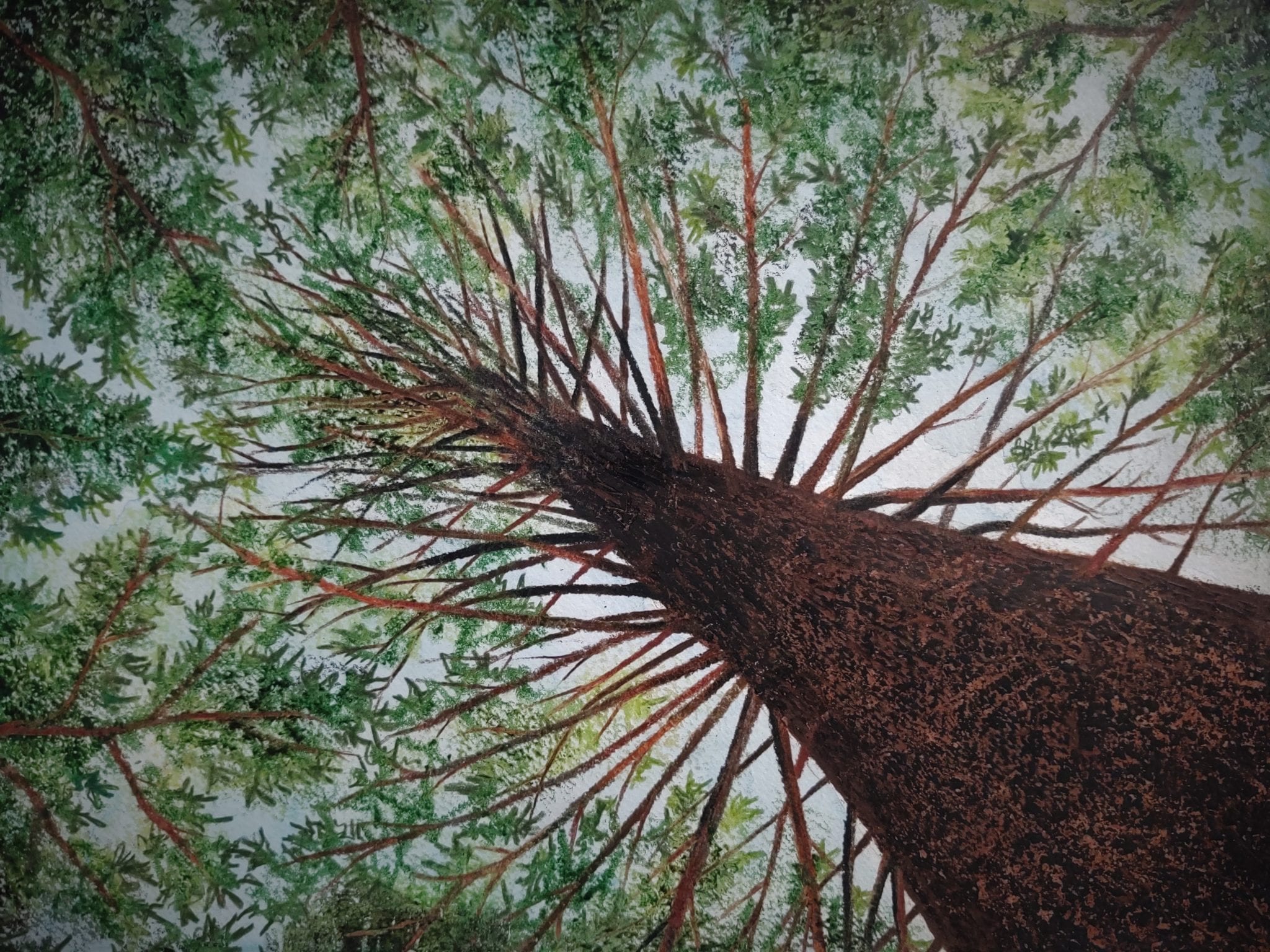 Gevertz uses watercolors and colored pencils to creatively capture some of the natural majesty he sees in the trees around him. This painting is inspired by a Monterey Cypress grove that he visited while traveling through New Zealand as an international scholar, supported by UC Berkeley’s Geraldine Knight Scott Fellowship.

Gevertz, who is a native of the Bay Area, grew up admiring the redwood tree in the front yard of his home in Moraga, CA. As a child, he started drawing comic strips, which later transitioned into painting. Now, he works with watercolor, using trees almost exclusively as his subject matter.

“I see a tree that inspires me and catches my attention, and I connect with it,” Gevertz said.

When Gevertz started college at UC Davis, his love for trees was further solidified. The university has a Level IV arboretum, and Gevertz has many fond memories of walking around the campus feeling enchanted by the beauty of the landscape and inspired to learn more about the trees.

During his time in college, Gevertz participated in an immersive study in Bodega Bay, which has an ancient Monterey Cypress tree on its headland.

“It was my first connection to the Monterey Cypress. I knew it was my favorite tree. It became a sacred landscape for me,” he said. 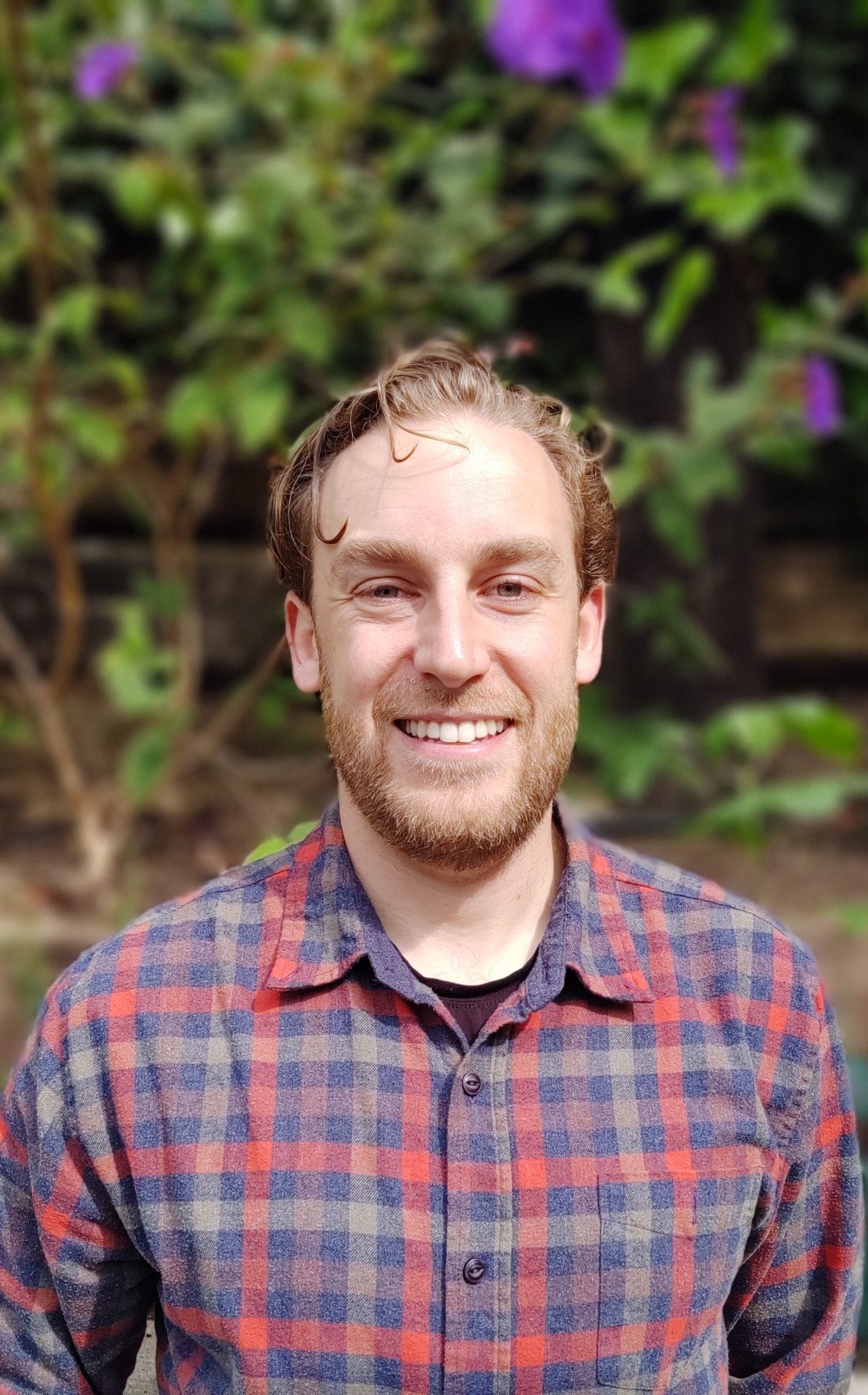 It’s nothing short of serendipity that Gevertz would end up in the role of Arboretum Director at Cypress Lawn, which has a deeply rooted connection with the Monterey Cypress.

“The Monterey Cypress has been a link throughout the constellation of my life,” Gevertz said. “My role as the leader of Cypress Lawn Arboretum is a really unique position to have such a connection with this tree species in particular.”

With Cypress Lawn’s recent recognition as a Level I arboretum by Morton Arboretum’s international ArbNet program, it became time to create a role for an expert to exclusively focus on the growth of the arboretum.

Gevertz says being able to take on this role is his dream job.

“I’m blessed to have the opportunity to innovate here and showcase our living collection of trees, as well as preserving them for future generations to enjoy,” he said.

Gevertz joined the team at Cypress Lawn after earning his master’s degree in landscape design from UC Berkeley, where he specialized in geospatial planning and arboriculture. He previously earned his bachelor’s degree in biological sciences at UC Davis. Gevertz was also a recipient of the prestigious Geraldine Knight Scott Fellowship. Through this traveling scholarship awarded by UC Berkeley’s College of Environmental Design, he was able to travel the world, including New Zealand and Australia, to further research and study the Monterey Cypress.

In his role as Arboretum Director, Gevertz hopes to motivate our neighbors in the Bay Area to become more involved and connected with Cypress Lawn.

“I hope to establish the arboretum as a place that is both an educational center and a celebrational center for trees. That kinship between humankind and the trees among us sometimes gets lost. I hope to help others embrace that relationship,” he said.

One of Gevertz’s first initiatives is to begin leading “Tree Tours” at Cypress Lawn. He thinks this will be a great opportunity to show a group of community members – everyone from high school students to senior citizens – just what makes our landscape so special.

Gevertz is passionate about preserving the history of the trees at Cypress Lawn. He says several of the most historic trees in the collection were planted by founder Hamden Holmes Noble himself.

“We have so much history in our landscape. There’s so much to take in – there’s so much life here. We’re just entering a new era as an arboretum, where Cypress Lawn can grow from being a place for the deceased to also thriving as a destination for living,” Gevertz said.

Gevertz wants everyone to see that the arboretum is an “uncut gem” in the Bay Area, a place of real brilliance for celebrating and learning about trees. One of the ways he’s doing this is by highlighting a different tree every month on our Cypress Lawn blog.

Want to visit the arboretum? Click here for all the information you need to plan your trip today.